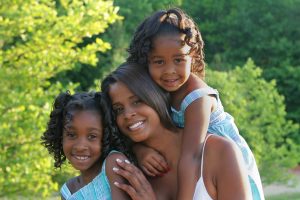 In these days of heightened awareness of our health and wellness, we sometimes take adequate, regular medical care for granted. For 12-year-old Lee, medical care was a foreign concept – she did not have a pediatrician and did not have regular check-ups.. Her mom was certainly a loving, concerned mom, but her two part-time jobs didn’t provide health insurance and a limited budget provided only for the basics – rent, utilities, and food. Lee’s mom considered them lucky that neither she nor Lee, or Lee’s younger sister, had ever had any serious medical issues – Band-Aids and Advil were their strongest line of defense.

For the last seven months, the 16-year-old girl from the apartment next door, occasionally accompanied by her boyfriend, picked Lee and her sister up from school and brought them home. Several times, the neighbor’s boyfriend had a few moments alone with Lee and he used those few moments to befriend Lee, to even begin flirting, and 12-year-old Lee was flattered by the attention and the compliments of the older boy. When he began asking for pictures, Lee complied – this was a fun secret between the two, she thought. But when the pictures weren’t enough, the physical advances began. Slowly but surely this contact progressed until Lee knew, she just knew, that she was pregnant.

Lee had not wanted to have these sexual encounters, but she was too young, too naïve, and too scared to put up much resistance. The boy began threatening to share the pictures if she ever told, and convinced her that no one would ever believe her, and to her own shame, the sexual abuse continued.

Sadly, Lee’s mom had never talked with Lee or her sister about their bodies, body safety, what to expect with puberty, or enabled them with the strength to say no to a man, no matter the age. Consequently, Lee didn’t know anything about the onset of a monthly cycle, she simply thought the blood, the pain, was her punishment for allowing this boy to continue – she thought that her shame and the abuse caused this physical symptom.

When the babysitter picked Lee and her sister up from school, Lee was trembling, weepy, and ashen-faced – she was bleeding, and she was sure she knew the cause. She somehow had the courage to stumblingly tell what had happened and why she thought she was pregnant – and the babysitter drove straight to the police station. 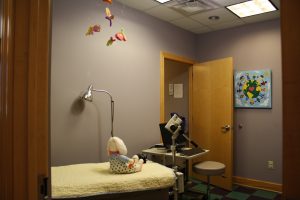 From the police station, the girls all were brought to the National Children’s Advocacy Center (NCAC), where Lee’s mom met them, with tears and hugs for all. In the warm, home-like environment of the Children’s Building, the team at the NCAC began the process of determining what exactly had happened via a Forensic Interview, a check in with a therapist (and plans to come back in the weeks to come for intensive therapy), and a thorough medical exam with the Nurse Practitioner. For the first time ever, Lee had a “well child checkup” and was repeatedly reassured that her body was just fine, that no one would be able to tell from her outward appearance that the abuse had ever occurred, and that she would indeed be able to put her shame and guilt behind her. Lee was relieved to learn she was not pregnant and that the abuse she experienced was not her fault.

Lee, her mom, and her sister have a long road of healing ahead, but one of the roadblocks that does not exist for them is worrying about how to pay for any of the care that Lee receives – because of wildly generous donors, just like you. All services at the NCAC are provided free of charge, regardless of ability to pay – because of you.

One medical exam costs $250. The true price to Lee, to know her body was whole and healthy, was beyond what we can imagine, but you make this possible with your generosity, and your giving will make it possible for so many other children as well.

Will you stand beside Lee and the children of our community by making a contribution? Without you, without your support, none of the healing happens, none of the hope happens.

Lee needs you. Will you help?

In addition to a Nurse Practitioner at the NCAC, the children of our community are fortunate enough to also have the expertise of a Physician on staff at the NCAC, providing the continuum of care that all children deserve. Your support enables our medical team and other dedicated staff to excel.