With names like Bowlin’ in the Money, Livin’ on a Spare, and Gutt-er-done one might mistake the Inaugural Lawn Bowling Event as all fun and games. But don’t be fooled; the competition was fierce and came down to the wire. 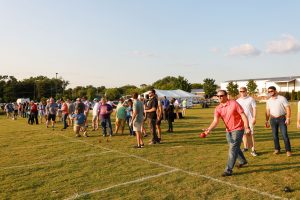 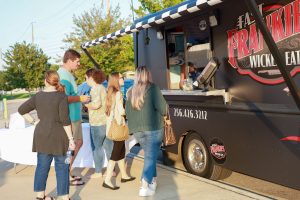 Teams gathered on Butler Green at Campus 805 just after 5:30 pm on a hot September evening. Anxiously awaiting the official start and, in some cases, the rules of the game. Lawn Bowling (the NCAC way) is similar to Bocce Ball. Each player on a team of four aims to get their ball as close to the “Jack” as possible.

As the sun set and teams moved up (or out) of the bracket, spectators and players enjoyed dinner and dessert from food trucks, including Fast Frankie’s, Mama’s Kitchen, and Golden Years Ice Cream Parlor. 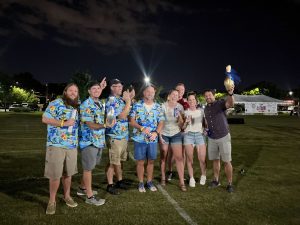 Plans for next year are already in the works! Stick to the NCAC social media channels and make sure you’re getting our monthly newsletter, so you don’t miss your chance to Lawn Bowl for glory next year.

Special thanks to the NCAC Young Professionals Advisory Counsel and our presenting sponsors Darrin Hasley with Capstone Realty and the Chairman Dale Strong, Madison County Commission!