The Multidisciplinary Team concept was a core aspect of the original Child Advocacy Center model developed by Bud Cramer during the early 1980’s. Previously, the United States response to child sexual abuse was poorly coordinated between the various entities with a responsibility for conducting the initial investigation and response to child sexual abuse. With a committed group of community volunteers, Mr. Cramer refined and implemented the first Child Advocacy Center in Huntsville, AL in 1985. This innovative model recognized that in order for the United States to effectively respond to this issue that a unique public-private partnership was essential, and that the various agencies and departments responsible for the protection of children must be united in a collaborative effort to respond with the recognition that no one agency by itself could assure the protection of children. Only by working as a multidisciplinary team could we effectively respond to child abuse. 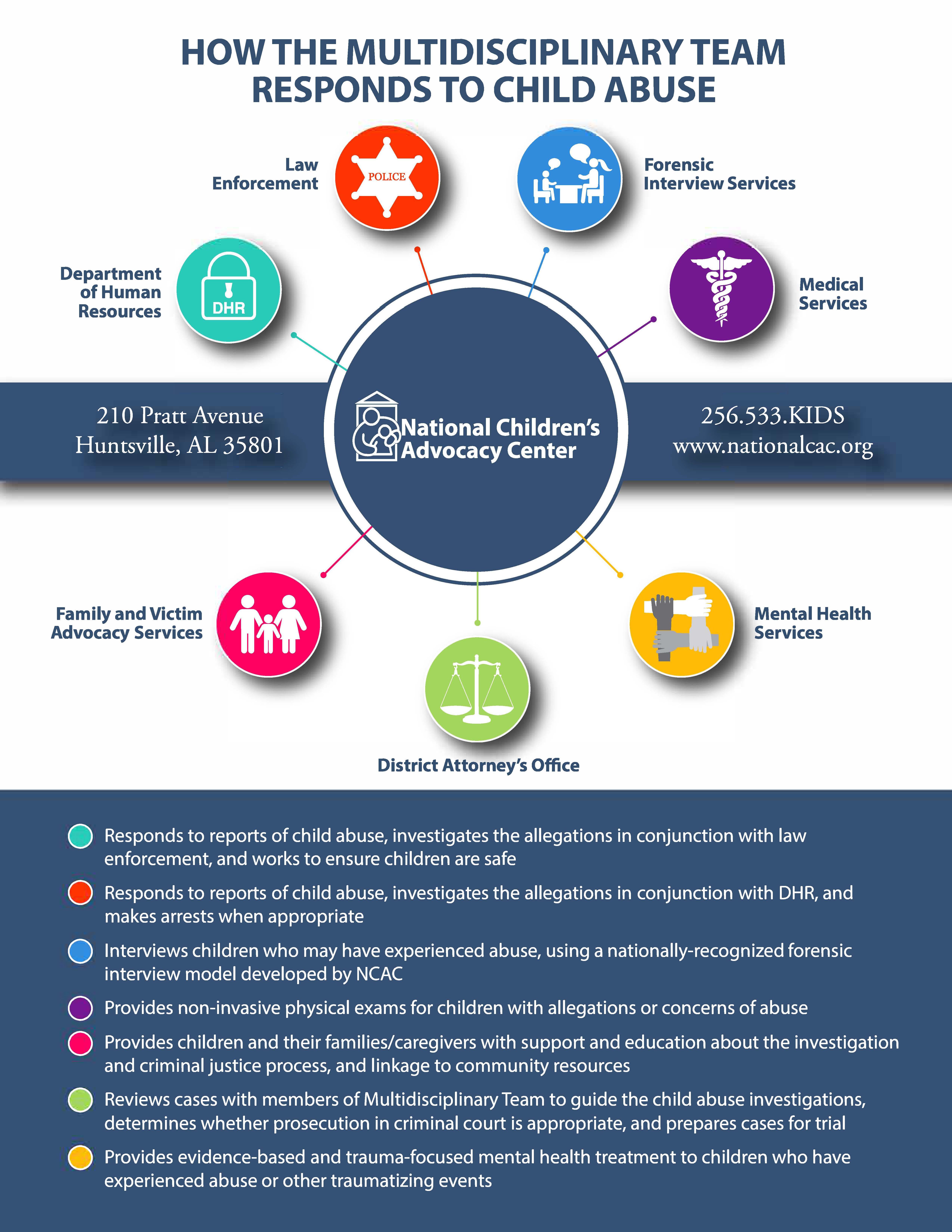 This bold effort to reformulate the nations response to child abuse was met with a mixture of skepticism and excitement. The various institutions of law enforcement, child protective services, mental health, medical health, and victim advocacy were unaccustomed to working in a collaborative fashion, but they quickly realized the value and impact of this multidisciplinary model. Currently, this approach has been widely adopted as a best practice in responding to child sexual abuse in the United States. Throughout the United States, there are now more than 1,000 Children Advocacy Centers which served more than 300,000 children last year, and this model has now been implemented in more than 34 countries throughout the world.